Vitiligo and Diet. Let’s chew on some facts

One of the most common questions that patients with vitiligo ask me is “Are there foods that I should avoid?” and “Should I take any vitamins or supplements that can help my vitiligo?”

Many cultural groups will hold certain beliefs about foods and their effect on various medical conditions. Many people of Indian heritage, for example, will be told that they should avoid fish, milk and yoghurt if they have vitiligo. Others will find that google searches advise a gluten-free diet while others will suggest vitamins and supplements to “boost the immune system.” Just try googling “vitamins to help vitiligo” or “best supplements in vitiligo” and see the huge amount of conflicting information you will get. We know it is difficult to find accurate information about what foods to avoid in vitiligo and what the impact is of diet in vitiligo so we thought we would explore this in our blog. 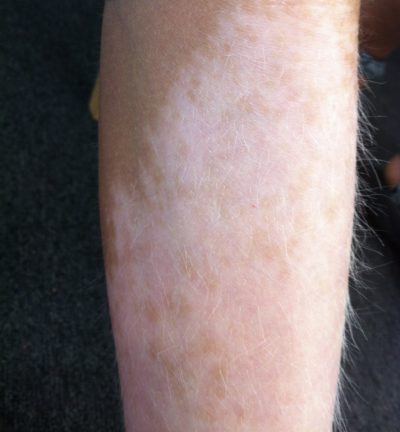 Let’s talk about what vitiligo is first. Vitiligo is an auto-immune condition affecting 1-2% of the world’s population – that’s nearly 100million people! In vitiligo, a part of the immune system is misbehaving by moving into the skin and attacking and killing (called apoptosis) the pigment cells (called melanocytes) which causes patches of white skin to develop. To learn more about vitiligo click here

Take, for example, coeliac disease. This is an autoimmune condition in which the immune system reacts abnormally to gluten (a protein found in wheat, rye, barley and oats), causing small intestine (small bowel) damage. The tiny, finger-like projections which line the bowel (villi) become inflamed and flattened. Symptoms like tummy pain, bloating and diarrhoea can occur and in severe, untreated cases, lymphoma can develop. Avoiding gluten is critical for those with coeliac disease. But most people with vitiligo do not have coeliac disease, so a gluten-free diet will not be helpful. For those that think they get symptoms from dietary gluten, emerging research indicates that malabsorption of fermentable sugars (FODMAPs) may be the culprit rather than gluten. In the absence of coeliac disease, a gluten-free diet can be harmful. Read more here.

Many website and sources recommend vitamin D supplementation but this is only needed if vitamin D levels are found to be low. Those with skin of colour (pigmented skin types) need more sunlight exposure than white skin to make vitamin D and those with vitiligo are more likely to burn in the sun. For these reasons, it is a good idea to have your vitamin D checked and supplemented it if the levels are below normal.

Research has shown that early in the disease process vitiligo may be partly due to increased reactive oxygen species in the pigment cell (melanocyte) and for this reason, some people will advocate taking anti-oxidants to “boost the immune system.” But vitiligo is not due to a ‘low’ or ‘poor immune system,” it is due to an immune system that is misbehaving! Having said this, there is one research paper that emerged from a European group suggesting that vitamin C, E and alpha lipoic acid may be helpful in the early stages of vitiligo but these patients were also treated with phototherapy (narrow band UVB 311nm). So, before we draw strong conclusions, we really need large clinical trials to look at this more closely.

While there is no cure for vitiligo, knowing the truth about it is critical. It is important to consider each patient’s situation individually. When we see and assess our patients with vitiligo, we consider their type of vitiligo, stage of vitiligo, disease activity and organise blood tests in order to work out what treatment plan is going to be best for them.

Hopefully those are enough facts to chew on for now about diet and vitiligo.

The information contained in this blog post is intended as a guide only and should not substitute seeking medical attention. Please see your healthcare provider for more information on suitability of products, treatments or procedures.

CONFERENCE & SEMINARS
FOR THE COMMUNITY

COVID-19 Update: Your health and safety is our priority

As community transmission of COVID-19 remains high, we will continue to prioritise the health and safety of all our patients and our community. From October 26, 2021 onward, there will be some changes to our COVID-19 Safe Plan, including new safety requirements for cosmetic, laser, hyperhidrosis and surgery/procedure appointments. Please click READ MORE for further information.